Ireland is known for its picturesque landscapes, colorful history, thrilling fairy tales of goblins and elves, as well as traditional music and passionate dancing.

Discover the rugged rocky landscapes, the endless green fields and the tranquility of Ireland. If you are more drawn to the typical energy of the city you can travel to Dublin or Cork and get acquainted with what the vibrant Irish nightlife is all about: a beer in the pub with live music! If you're in Dublin, visit the impressive library at Trinity College, which contains over five million books, including many ancient scriptures that can't be found anywhere else.

The green island is also home to two exciting UNESCO World Heritage sites. The rocky island of Skellig Michael is Ireland's hardest-to-reach medieval monastery. The second cultural heritage is a collection of prehistoric places of worship, the Bend of the Boyne (Gaelic: Brú na Bóinne), built between 3500 and 2500 BC. 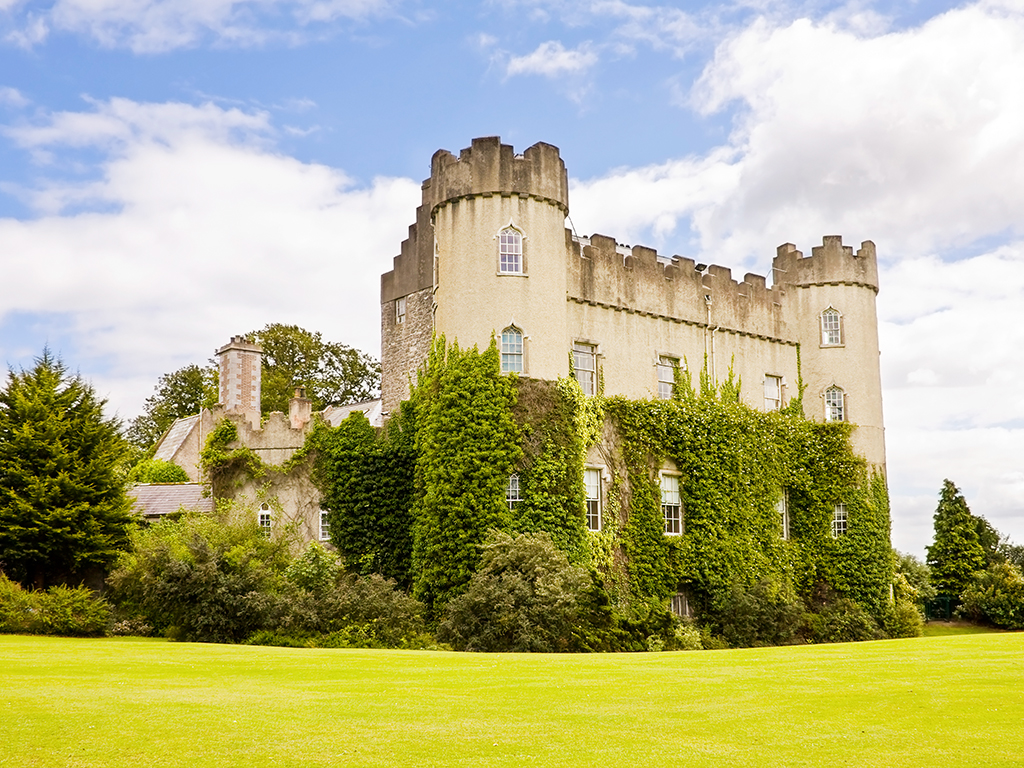 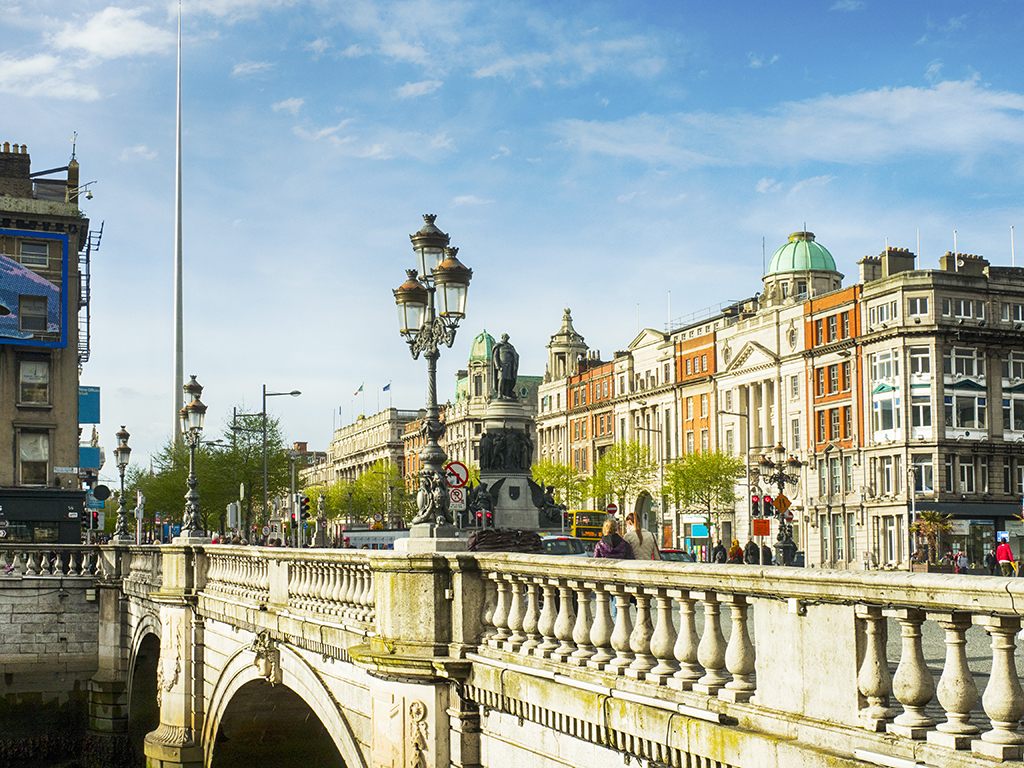 Ireland is an island which belongs to the European continent. The country is divided into two parts, Southern Ireland, known as The Republic of Ireland, and Northern Ireland, which is part of the United Kingdom. To the west and south the country is surrounded by the Atlantic, and to the east by the Irish Sea.

Ireland's capital and largest city is Dublin, located in the eastern part of the country.

The climate of Ireland can generally be described as temperate or moderate. People frequently associate rainy weather with Ireland, which is particularly true in the west of the country. Rainfall on the west coast, for example on the Valentia Island, is twice as high as in Dublin. Approximately 60 percent of annual rain occurs between the months of August and January. The prevailing wind of Ireland usually blows from southwest to northeast. The sunniest months, with five to seven hours of sunshine, are the months of May and June. The coldest months are January and February with an average temperature between 4 ° C and 7 ° C.

As an EU-citizen you won't need a passport to travel to Ireland, a valid government ID will be enough. However, non EU-citizens might require a Visa. Further information can be found online or requested at the Irish consulate or embassy of your area.

The official currency in Ireland is the Euro. Therefore if you travel to Ireland from Europe, you do not have to exchange money for your stay. The Irish cent and euro coins all have the same motive: a Celtic harp designed by Jarlath Hayes, a traditional Irish symbol.

If already insured in their home country, EU citizen should be given the EHIC (European Health Insurance Card) or a replacement certificate by their insurance company. This certificate guarantees that you will be treated by Irish doctors and to be hospitalized in case of an emergency. Make sure to ask your health insurance company what sort of costs will be covered in the event of an emergency. In case of doubt, it is advisable to take out an international health insurance.

Toothbrush? Charger? Flip flops? Did you pack everything? We have compiled a luggage checklist for you ahead of the departure date.

The majority of the Irish population is dedicated to the Roman Catholic faith. The Roman Catholic Church in Ireland is divided into four archdioceses: Armagh, Dublin, Tuam and Cashel and their suffragan dioceses. The main Catholic archibishop of all Ireland is the Archbishop of Armagh. While the Catholic Church is divided into four ecclesiastical provinces, the Anglican Church of Ireland has only two: Armagh and Dublin and their dioceses.

Ireland has been a member of the European Union since 1973. The Republic of Ireland, which refers to the southern part of Ireland, is a sovereign state with a representative democracy. This means that a parliamentary system with a President, Prime Minister and Parliament is in effect. The current President of Ireland (Gaelic Uachtarán na hÉireann) is Michael D. Higgins.

There are two official languages in Ireland, English and Irish. The Irish language is also called “Gaelic”. Irish belongs to the Celtic branch of Celtic languages. Gaelic, however, is spoken only by a rural minority.

The most widespread means of transportation is the bus. The company Bus Éireann connects most of the major Irish cities. While the national bus company connects the centers, smaller, local bus lines will then take you to more remote areas. You also have the possibility to travel by train in Ireland - with the Northern Ireland Railways operating in the north, and the Iarnród Éireann in the south.

Around 300 BC several Celtic families moved to Ireland, eventually bringing the Celtic language to the island. At the time there were a multitude of smaller kingdoms and principalities, until Christianity came in the early 5th century from the Roman province of Britain. Among these Christians was Patrick of Ireland, who is celebrated today as Ireland's national hero on St. Patrick's Day. By the forays of the Vikings around 800 AD, the Catholic flowering period was interrupted on Ireland. It was followed by further conquests by the Normans, Anglo-Normans and Scots.

Around 1600’s the first settlers of the English crown came to the northeast of the island. In 1801, Ireland, by the Act of Union, joined the Kingdom of Great Britain, therefore belonging not only to the United Kingdom, but also to the British Commonwealth. A potato crop failure, which sparked the Great Famine, the largest and most severe famine in Ireland between 1846 and 1849, eventually drove the nation into an active independence movement, since many Irish had felt abandoned by the British crown. During the famine, the Irish population shrank from 8.5 million to six million inhabitants.

The core displays of local culture take place mainly in the major cities of Ireland, such as Dublin, Cork, Galway and Limerick. In Ireland, there are relatively small centers. Outside the cities, everyday life is largely dominated by agriculture and fisheries, as well as folk music. The native music finds many classical instruments such as the flute, the fiddle (violin) and the harp. The local dance goes hand in hand with Irish music. Formation dances, tap dancing and set dance date back centuries and enjoy great popularity. Some of the world's most influential writers are from Ireland, such as George Bernhard Shaw, James Joyce and Oscar Wilde.

Bloomsday (June): commemoration and celebration of the life of Irish writer James Joyce, observed annually in Dublin and elsewhere on 16 June.

Kilkenny Arts Festival (August): founded in 1974 by a collaboration of classical music enthusiasts. It was inclusive of many artforms, other than the classical. Today it includes theatre, dance, the visual arts and crafts, as well as all forms of music and literature.

Dublin Horse Show (August): The show events were divided into two main areas, presentation of horses and show jumping. The showing classes are a major showcase of the best of the Irish horse. Some classes are restricted to Irish-bred horses.

St. Patrick's Day celebrates the Irish Bishop Patrick, who is considered Ireland's first Christian missionary and is believed to have lived in the 5th century. On this day, everyone in Ireland traditionally wears green, even the river in Dublin being dyed green!

The Irish are not really known for their cuisine. This is partly due to the history of the country, which has been hit by devastating  famine several times.

Today's Irish cuisine is very similar to the British one. For example, a traditional Irish breakfast similarly consists of bacon, sausage, scrambled or fried eggs, potato pancakes, mushrooms, baked beans and fried tomatoes with toast. Scones are also very popular, as well as tea with milk.
Classically, a lot of stew is eaten in Ireland. Traditional soups include vegetable, chicken and beef soup.

If the Irish don't stand out for an impressive cuisine, they do offer an incredibly large repetoire of beverages, the most famous being the Guinness beer, which is drunk in the evening in the local pubs. Ireland is also home to a variety of meads, the famous Irish whiskey, as well as scotch, cider and ale. 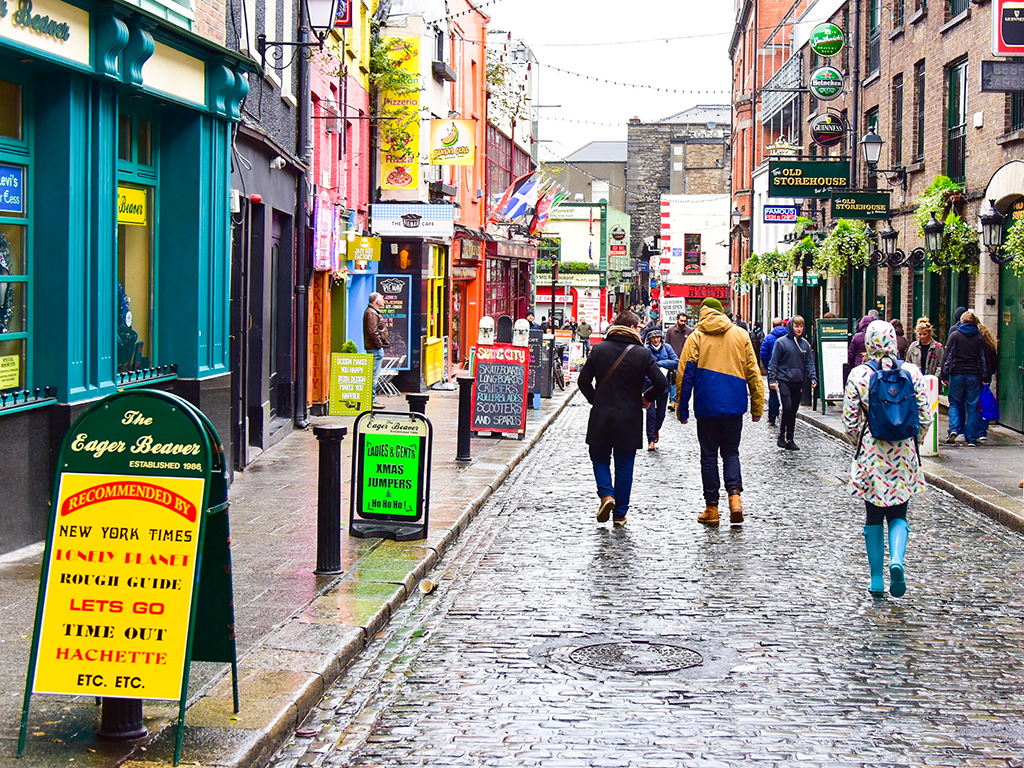 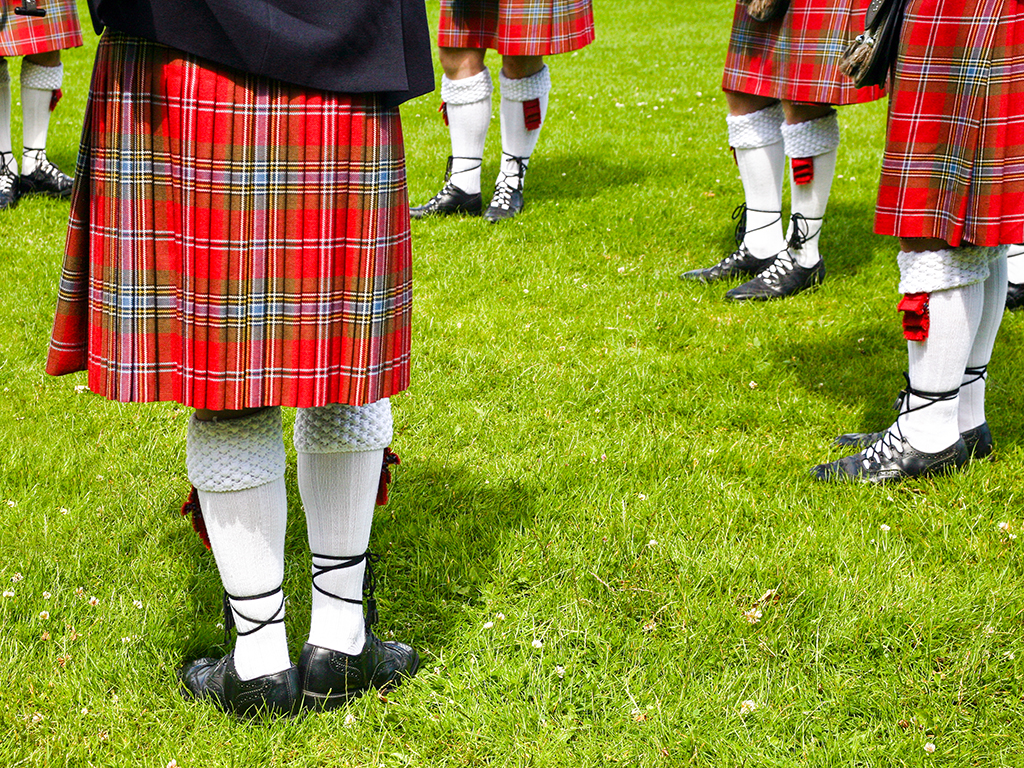 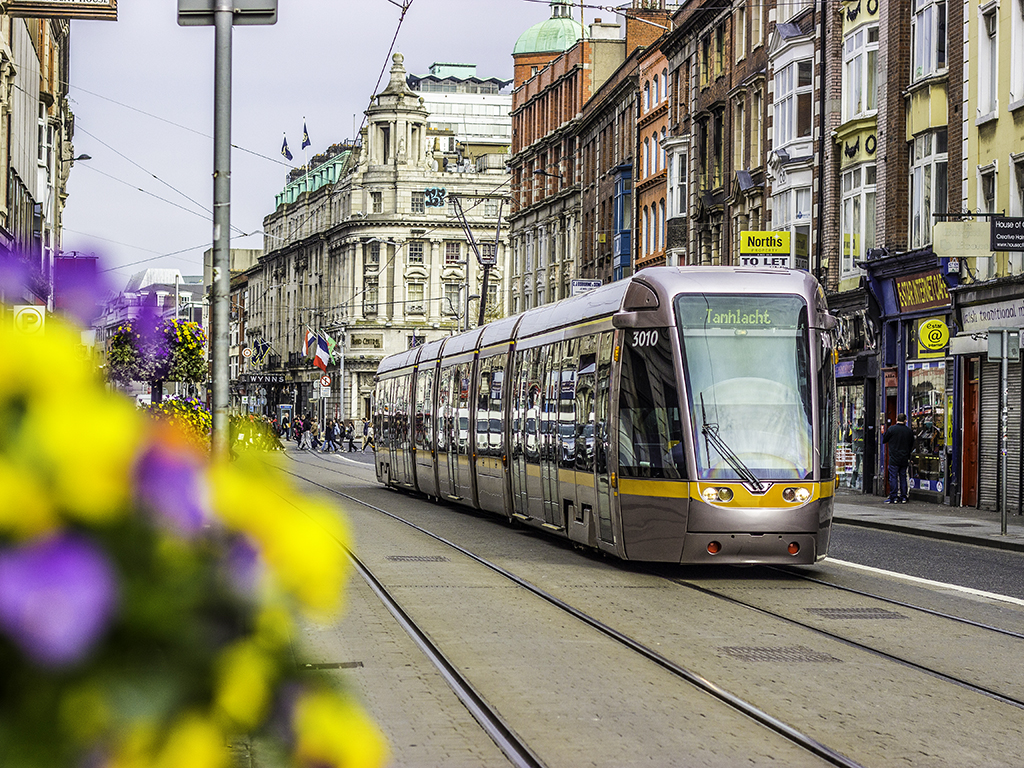 Everything you need to know

Do not associate the Irish and the British. As you have already read in the Irish History and Culture section, the southern part of the country has become very distant from the British, so try to keep them all separate, even if the cultures are similar. At the same time, in Northern Ireland you should not make the mistake of thinking that you belong to the Republic of Ireland.

Although the Irish's connection to fairies and leprechauns might sound rather peculiar, you should not joke about this aspect of their culture but rather respect the mythology and traditions of the locals. Conversely, however, you should not assume that every Irishman believes to have a leprechaun sitting at home with him!

If you do not know exactly how much tip you should include, here is a brief overview: as a general rule, you tip about 10 percent with taxi drivers and service stations, as well as in pubs and restaurants.

If you are in Ireland on St. Patrick's Day be sure to wear green. Otherwise, you may get pinched on the street or in the pub!