In recent years China has become one of the most significant travel destinations for business and leisure. The country boasts an incredible culture and an even more astounding corporate world that will have you in awe. Known for its massive industries and economic presence, China has in recent years become a central point for business and trade. With an ever-expanding variety of successful markets and industries, the country is responsible for over $2.34 trillion in exports, making it the biggest exporter in the world. It comes as no surprise that China has played a huge role in the world's globalised economy and has certainly become a front-runner in international trade and business relations. With the country's huge importance and ability to surpass expectations again and again, the Chinese language is expected to follow suit. With over 1.2 billion speakers, official language status for the United Nations and an incredible variety of different dialects under the umbrella of the Chinese language, the diversity of the language combined with its corporate importance have made Chinese one of the most popular languages to learn. Despite the challenges that learners may face, the benefits of fluency in the language far outweigh the obstacles for those students who do decide to learn Chinese. And where better to learn the language than in its country of origin?

The Chinese language is filled with a variety of intricacies that make the language both interesting and somewhat daunting to learn. From the formal elements of written and spoken communication to the complexities of business and social etiquette, the language is an art form in itself. 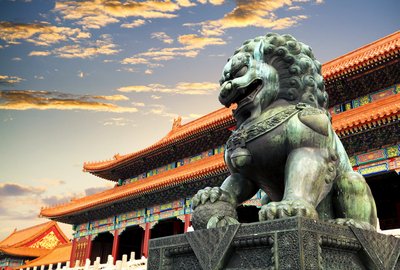 China's capital city offers a vibrant atmosphere that buzzes along the bustling streets of the city. From a rich culture to an unparalleled business presence - Beijing will give you a truly authentic taste of what China has to offer. Invest in your future and secure the success of the upcoming accomplishments of your organisation while you combine an exciting adventure with a Chinese language course designed to meet your needs.