Telc (The European Language Certificates) offers language certificates in 10 different languages, including German. They have over 2,000 test centres in 20 different countries. The Telc standard exams correspond to the levels of the Common European Framework of Reference for Languages (CEFR), but there are also special exams on topics such as language at work, language for nurses, medical language and university entrance.

Their internationally recognised certificates are accepted in Germany for visa, residence permit and citizenship applications.

TestDaf (formerly Test Deutsch als Fremdsprache) is a German language certificate for non-native speakers, specifically aimed at those who wish to study or work at German universities. TestDaf is offered in 95 different countries worldwide, including 170 test centres in Germany.

Participants all take the same exam and are placed in levels 3 to 5, levels that correspond to CEFR levels B2 to C1. Achieving level 4 is sufficient to meet the admission requirements of all universities in Germany. Some even accept applicants with a lower score.

Alongside the TestDaF, the DSH is the second language certificate recognised by universities. The main difference is that the DSH exam cannot be taken abroad but only at a German university (usually the university which you are applying to).

Reading, writing and listening comprehension are tested, with an additional oral examination to test your speaking skills. The DSH grades 1 - 3 correspond to the CEFR levels B2 - C2.

Our TestDAF and TELC preparation courses will help you to achieve your personal language goals. At Sprachcaffe you will find the following options to prepare for a German certificate: 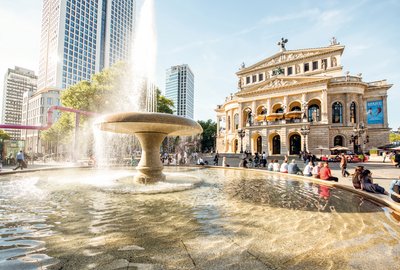 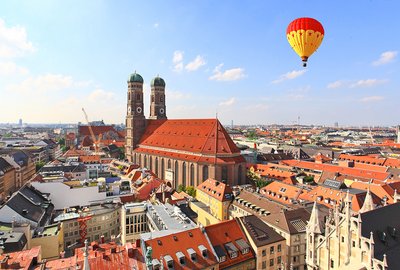 The beautiful capital of Bavaria 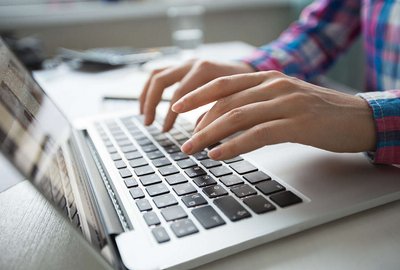 You can also participate in our online preparation course

Which German certificate is the most important?

Top certificates recognised by German universities as proof of German language skills at level C1 of the Common European Framework of Reference are:

What are the minimum requirements to be able to study in German?

In order to participate in a German-taught Bachelor's degree programme in Germany you must demonstrate knowledge of at least level C1 of the European Framework of Reference for Languages (CEFR) or DSH II.

The DSH certificate (Level II - III) is the certificate most frequently accepted by German universities. It proves that you have sufficient knowledge of German to be admitted to a German-language degree programme.

Which German exam should I take?

This depends on what you need the certificate for. The most widely recognised German certificates are the DSH, the TestDaF and the exams of the Goethe-Institut, which cover all levels of the European Framework of Reference, from A1 to C2.

DSH: Examination for foreign students who want to apply to a German-speaking university. It can also be useful for those who need a German certificate for a professional qualification.

TestDaF: This certificate is primarily intended for admission to German-speaking universities and is recognised by every university in Germany. It is also useful as a qualification for academic professions.

Großes Goethe-Zertifikat C2: This examination entitles foreign students to admission to German-speaking universities or other higher education institutions and is recognised as proof of ability to teach German.

Small Goethe-Zertifikat B1: This certificate entitles the holder to attend a Studienkolleg in order to qualify for admission to higher education in Germany. It is also widely recognised by employers as proof of intermediate German language skills.

Which exam is easier: TELC or Goethe?

If your German level is B2 or lower, we advise you to train for the TestDaF exam. If you pass it well, then you have acquired the qualification and language level necessary for a more difficult certificate. TestDaF is definitely much easier than any C1 certificate (Goethe or Telc-C1 for university).

Is it hard to learn German?

With lots of simple rules, German is actually not as hard to learn as most people think. And since English and German come from the same language family, you might even be surprised at how much and how quickly you can pick up grammar rules!

German is also one of the few languages where pronunciation is logical, making it easier for you to learn.

How long does it take to learn German?

This depends very much on your personal requirements.

The Foreign Service Institute (FSI) has produced a handy reference for people who want to learn a foreign language. The list contains the levels of difficulty and the estimated number of lessons needed to learn each language at a reasonably good level.

German is placed in category 2 and is considered to be of similar difficulty to English. The FSI estimates that learning German takes about 30 weeks or 750 lessons.

This study was conducted with a group of language learners who spent 25 hours a week in class and three hours a day on individual practice.

This may sound a lot, but even languages closely related to English, such as Spanish and French, can take up to 24 weeks or 600 hours to learn.

The most difficult languages, such as Mandarin Chinese and Japanese, can take up to 88 weeks or 2200 hours. Considering these facts, learning German does not take as long as you might think.

What level of German is required to work in Germany?

For a visa and to make your integration into work and everyday life as easy as possible, you must have a German language level of B1. You already have at least a B1 language level and the corresponding certificate? Then you can go straight on to the job search and apply for your next professional role.

You can achieve this by attending a German course in your home country or online and then having your German language skills confirmed with a certificate via a language test.

Can I get a job in Germany without speaking German?

This depends a lot on the job and the environment in which you will be working. You can work in Germany without knowing German, but your career, opportunities and choices are certainly with good English and German skills.

Can I study in Germany without knowing German?

There are many English-language degree programmes available for you in Germany. If you are only studying in Germany for a short time, it may not be important to speak the language. However, if you want to study in German, you will need to demonstrate you possess a professional language level with a German certificate.